If you have a child who is an animal lover and an avid reader, or you are a lover of fine illustrated children’s books yourself, the Caldecott Medal booklist provides an inspiring source of material.

The Caldecott Medal is awarded each year to the most distinguished American picture book for children. The name of the Award honours the nineteenth century English artist and children’s book illustrator Randolph J. Caldecott. Caldecott’s work was admired by Gauguin and Van Gogh and he inspired many illustrators, including Beatrix Potter.

Since the inception of the Award in 1938, books about nature, and in particular, those featuring animals and birds, have proven popular winning and honour titles. The following are reviews of a small selection of Caldecott Medal books. While some books are vintage, most have been reprinted and can be located at popular bookstores or on YouTube as read aloud titles.

Make Way for Ducklings, written and illustrated by Robert McCloskey 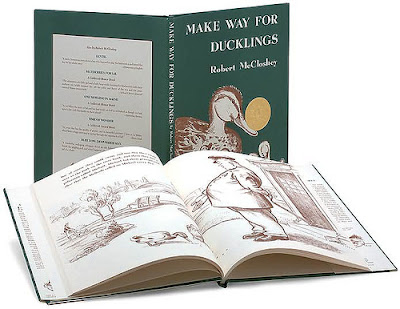 In 1942, Robert McCloskey won the Caldecott Medal for the picture book Make Way for Ducklings. The story follows the adventures of Mr and Mrs Mallard, who fly around 1940s Boston, searching for the perfect place to nest and raise a family. Themes of the story include connection with place, security, respect for nature and the power of family. 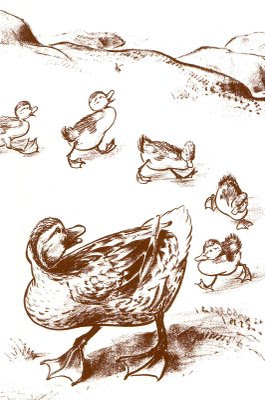 Make Way for Ducklings is beautifully illustrated in pencil, using sepia tones. McCloskey had wanted to work in watercolour, but was unable to due to the high cost of colour printing at the time.

The story of the Mallards has become a significant part of the history of Boston. Bronze statues of Mrs Mallard and her ducklings feature in the Public Garden in Boston and a Duckling Day Parade takes place each year. 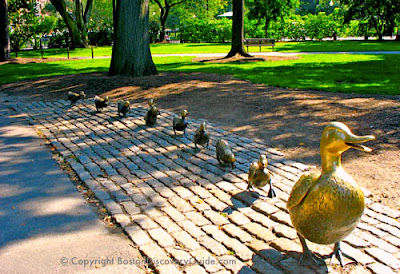 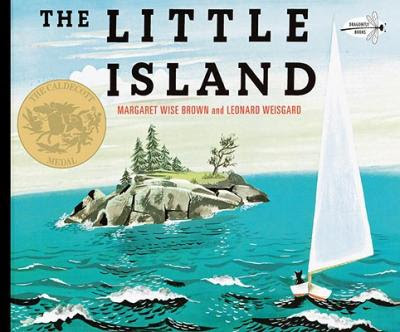 ‘Night came to the little Island, dark and still. And seven little fireflies flashed in the darkness. A bat flew around the pear tree and woke up the owl. The wind whistled’.

The Caldecott Medal Winner in 1947, The Little Island tells the story of a year in the life of a small island. The book highlights the experience of four seasons on the island and the animals and birds who live there. One day the Island is visited by a boat and with it, a small kitten, who has many questions for the Island. Themes of the story include the mysteries of nature, faith, different sizes and the seasons. 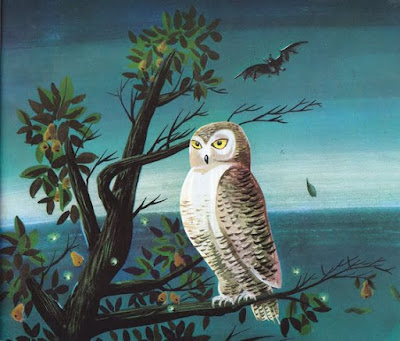 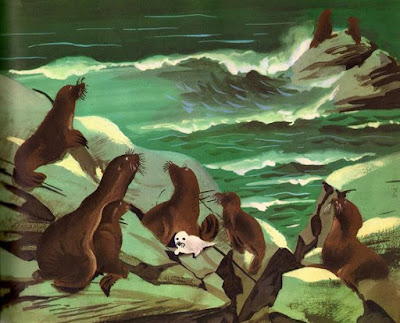 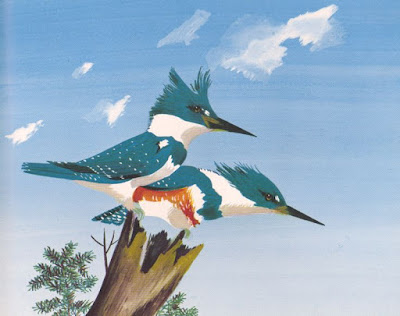 The Little Island is written by Golden Mc Donald, a pseudonym of author Margaret Wise Brown. Brown authored over one hundred children’s books, including Goodnight Moon (1947) and Sailor Dog (1953). The book is illustrated by Leonard Weisgard, who often collaborated with Brown. He works in mixed media, including poster paint, gouache, chalk, crayon and ink. 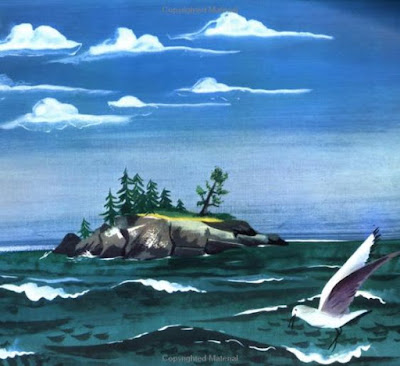 A Tree is Nice, written by Janice May Udry and illustrated by Marc Simont 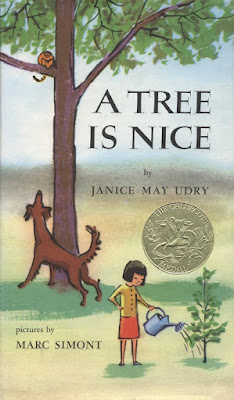 Why is a tree nice? A tree is nice, because…

A Tree is Nice won the Caldecott Medal in 1957. It is aimed at younger readers, ages 4 years and up. The book considers the reasons why ‘a tree is nice’. The answers incorporate the beauty of trees, their contribution to the environment, apples, and for climbing and swings. The major themes of the book are the importance of trees and their value to the wider environment. The shape of the book is tall and thin, just like a tree. 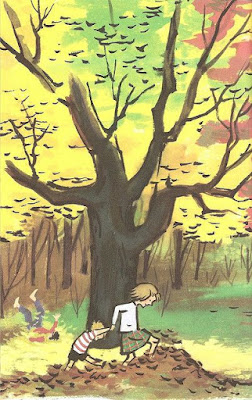 The book is illustrated by Marc Simont. Known for his political cartoons, Simont illustrated over a hundred books during his career. In A Tree is Nice, he has used loose lines and saturated watercolour to create bright and lively cartoon characters, seen enjoying their trees throughout the book. 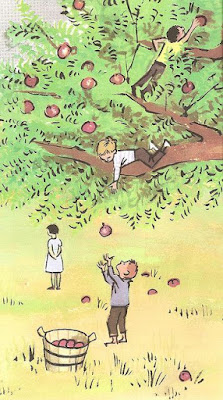 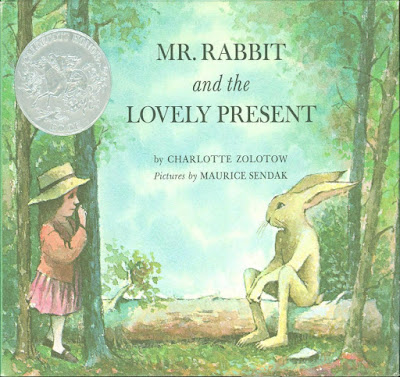 In the 1963 Caldecott Medal winning book Mr Rabbit and the Lovely Present, Mr Rabbit helps a young girl select a special gift for her mother’s birthday. The pair consider many amazing presents, from bluebirds, to emeralds, to grapes, with each page dominated by a specific gift colour theme. The reading age range advised for this book is four to seven years. 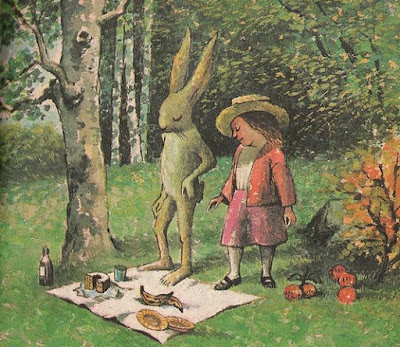 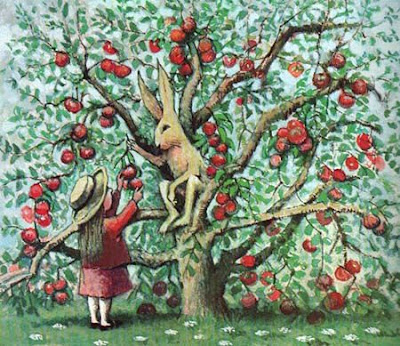 The book is illustrated by Maurice Sendak (of Where the Wild Things Are fame). He has used watercolour to create beautiful Impressionistic landscapes for Mr Rabbit and the little girl to wander through as they search for possible gifts. His style adds softness to both the illustrations and the story. Large fruit laden trees, forests, fields and sunny picnics are dappled with colour and light. 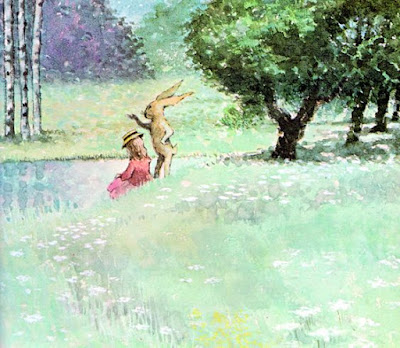 Sylvester and the Magic Pebble written and illustrated by William Steig 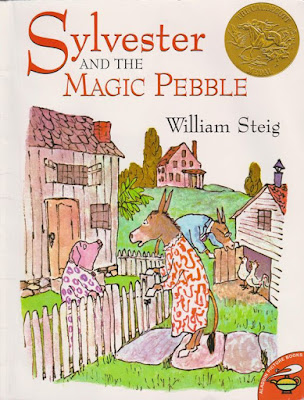 Sylvester Duncan, a young donkey, has made a hobby of collecting unusual pebbles. One day he picks up a unique red pebble and finds it can grant his wishes. Sylvester’s magical pebble eventually gets him into trouble, trouble only his parents can fix. Themes of the story include gratitude, the importance of family, home and community and being careful about what you wish for. 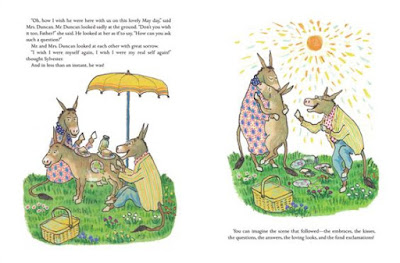 Sylvester and the Magic Pebble won the Caldecott Medal in 1970. It is written and illustrated by William Steig. Steig is known for his work as a cartoonist for the New Yorker and over twenty five children’s books, his most famous being Shrek! 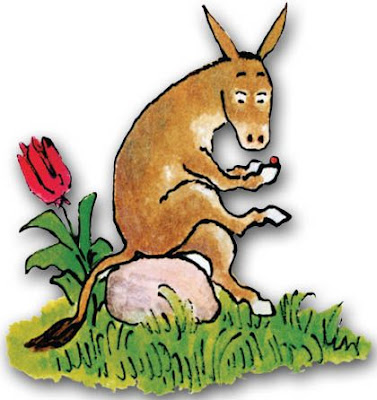 Steig illustrated Sylvester and the Magic Pebble with ink and watercolour. His drawings of the Duncan family and various animals are filled with colour and character and are still a delight to see. 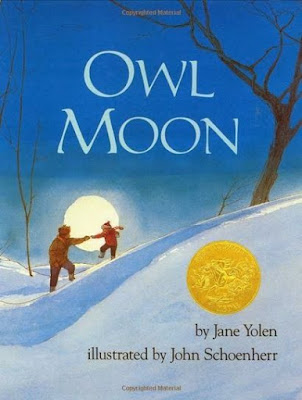 'We went into the woods. The shadows were the blackest things I had ever seen. They stained the white snow…I didn’t ask what kinds of things hide behind black trees in the middle of the night. When you go owling you have to be brave’.

Owl Moon won the Caldecott Medal in 1988. It tells the story of a small girl who is excited to go owling with her father one wintery night. They trek through the snow, into the forest and she waits in anticipation to see a Great Horned Owl in the trees. 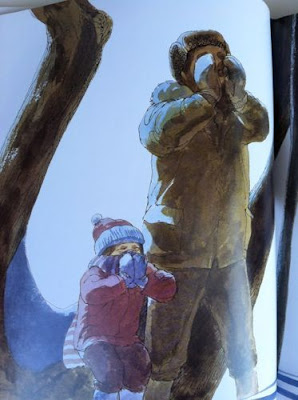 John Schoenherr illustrated Owl Moon using ink and watercolour wash. He has effectively captured the stark beauty and contrast of dark night shadows on the white, moonlit snow. Schoenherr used his own farm in New Jersey as the inspiration for his illustrations for the book. 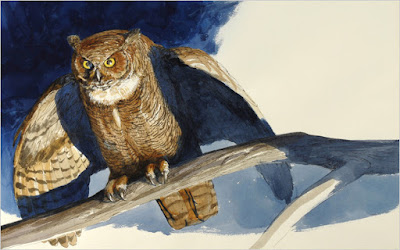 Other Caldecott Medal winners and honour titles you may enjoy: 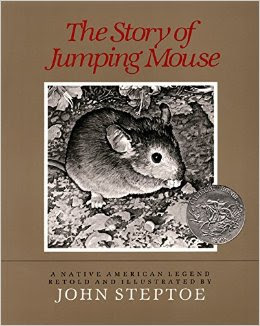 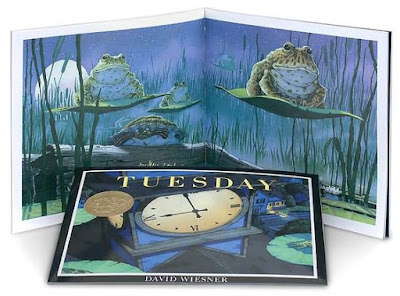 What Do You Do With a Tail Like This? Written and illustrated by Steve Jenkins and Robyn Page
Caldecott Honour Book 2004 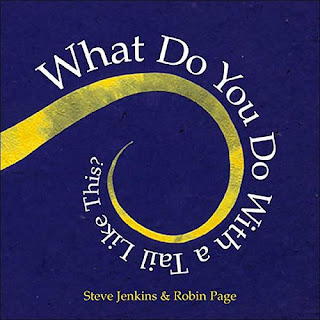 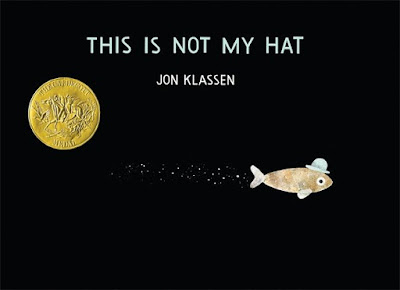