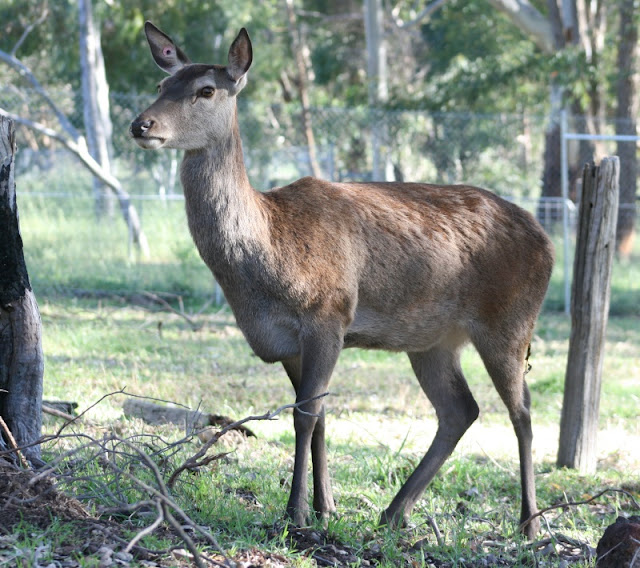 In mid-winter we received word from Greener Pastures Sanctuary that there was a deer in need. ‘Oh dear!’ The puns associated with this rescue had begun and would continue from all who worked on the project, adding some amusement to what had become a dire situation. We learned that the deer had been hand raised. One year she accompanied Santa to bring Christmas cheer, but due to increasing size and attitude had been relocated to a wildlife park.  Euthanasia was imminent and Santa’s helper needed help. And so the Valley of Hope was to welcome its first deer.


Acquiring the deer proved to be a lengthy process. A permit with very strict conditions needed to be sought and a two metre deer fence with double door constructed, followed with an inspection by the relevant authorities.  A handling plan was drafted with the vets at Farm Animal Services, Murdoch, to assist with sedation and a health check.  Extra hands were sought and a safe, air conditioned vehicle organised, both care of the wonderful crew at Happy Hooves Farm Sanctuary.  After four months of planning, building and preparing, team ‘Deer Rescue’ was ready to go.


We were greeted by many animals upon arrival at the wildlife park - kangaroos, emus, wallabies… and deer. Fallow deer were noted in the shade and we were wondering which one was the ‘problem’, although it turned out the deer in question was actually a red deer – a large 80kg female. The deer had become over familiar with visitors and as a result, relocated to a holding yard with two large male ostriches. This arrangement was causing her much distress.


Dr Dawey managed to get close to the deer and provided a sedative into a leg muscle. The rescue team then worked quickly to move her into the cool of the vehicle. After an hour long drive, the deer was resting comfortably in the shade of trees in her new enclosure, free of ostriches although watched by vet and Sanctuary staff and some very curious lambs.  It took time for the sedation to lift, and, despite her numerous attempts to walk, she fell back to sleep. We were relieved that by 10pm she was confidently standing and could be left unattended to explore her new home. 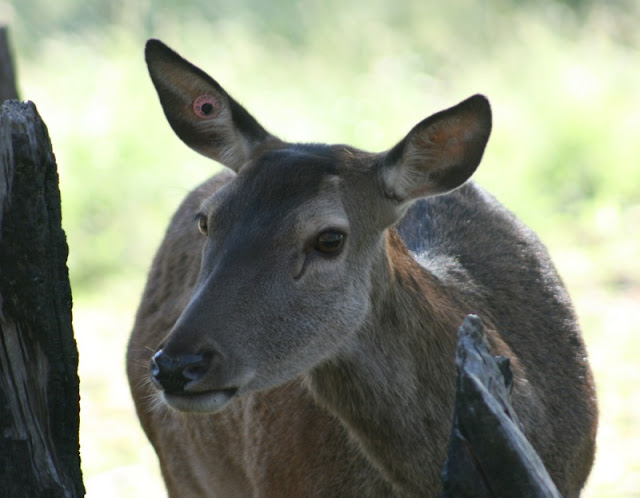 While monitoring her for the afternoon, we chatted with Sanctuary volunteers about an apt name for our beautiful new arrival. After much consideration it was decided that Santa’s helper would be called Elen – the antlered Goddess of the Ways, concerned with the balance of the energies of the land. Welcome to the Valley of Hope Elen – may this next chapter in your ways be much happier at Possum Valley.

*Thank you to Paul and Christine from Happy Hooves Farm Sanctuary and Dr Dawey and Nurse Jade from Farm Animal Services, Murdoch Vet who were vital in assisting Elen’s safe rescue.