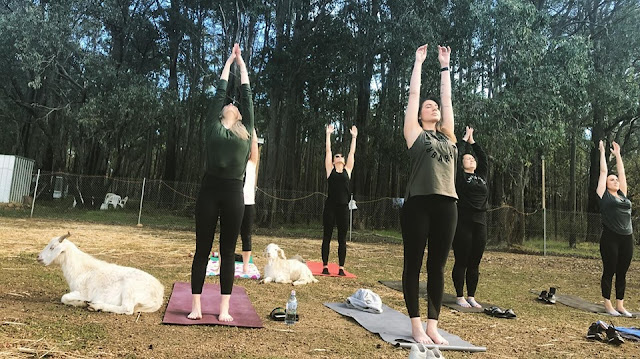 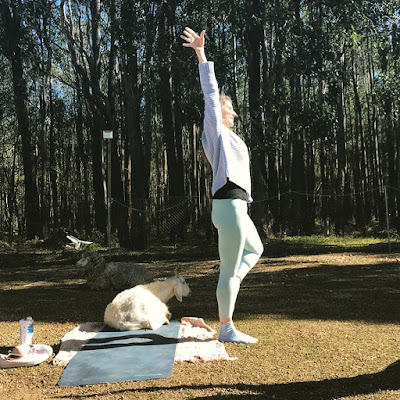 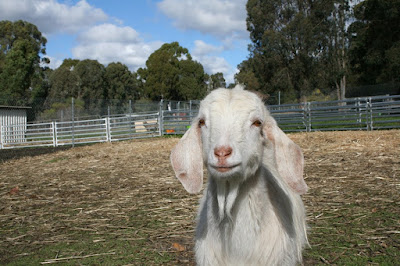 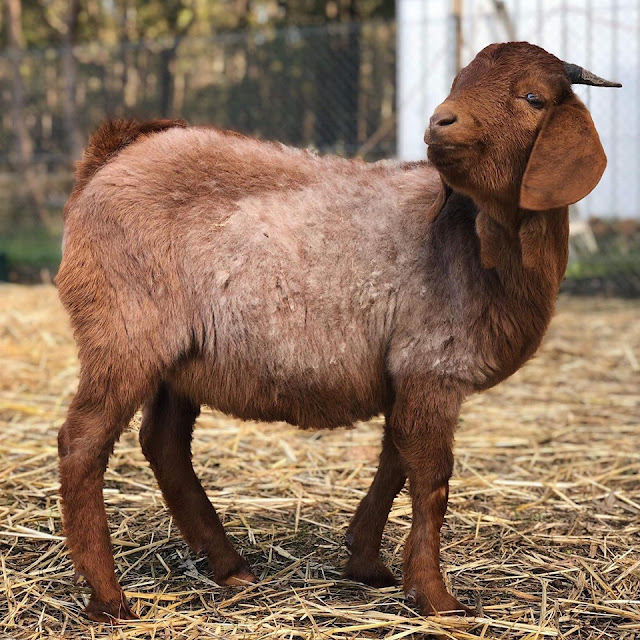 Posted by PossumValleySanctuary at 02:28 No comments:

Eleanor Lamb – From Roadside to Fireside 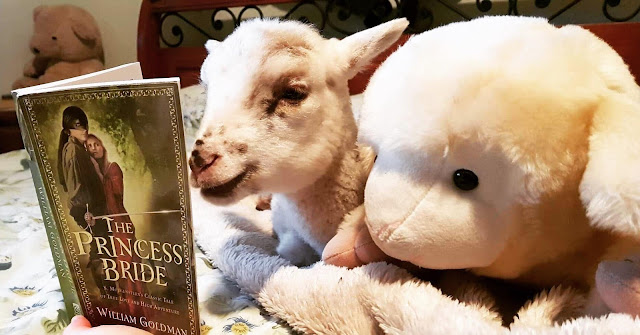 In late May we received a call from a local vet who had been given a young lamb.

A truck driver on his way from Geraldton had spotted a ewe knocked down by a car. Fences are poor in many rural areas so this is not an uncommon sight. Fortunately this time, the driver noticed a tiny movement. Stopping his truck he spied a small, cold lamb, hiding against her dead mother’s body. Scooping the tiny bundle into the cab, the young lamb, now named Eleanor, was on the road to Perth. 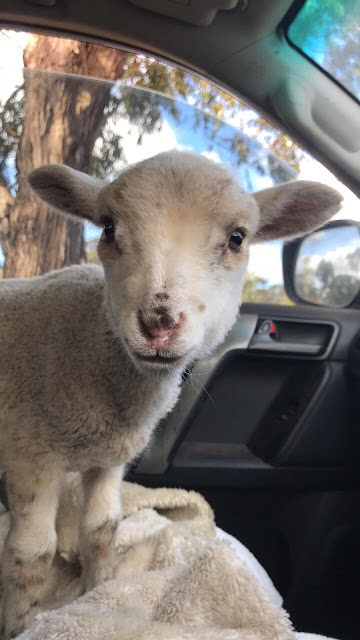 Reaching Midland, Eleanor was dropped at the vet. She was dehydrated, cold and hungry. After IV fluids and overnight TLC with a kind vet nurse, she was collected and made her way to the Valley. 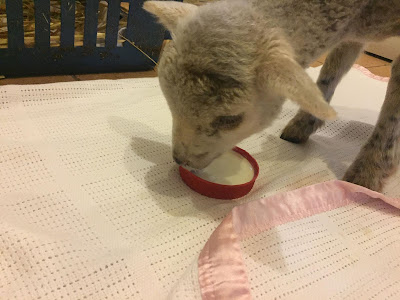 Eleanor had a persistent cough upon arrival. Her first night was restless and she was reluctant to take milk, preferring to eat the straw provided as bedding in her new pen. The following day she took a trip to see the Farm Animal Vets at Murdoch. Diagnosed with a slight upper respiratory infection, she was given a good report and came home to rest in front the fire with a jumper on and her now favourite sheep teddy by her side. 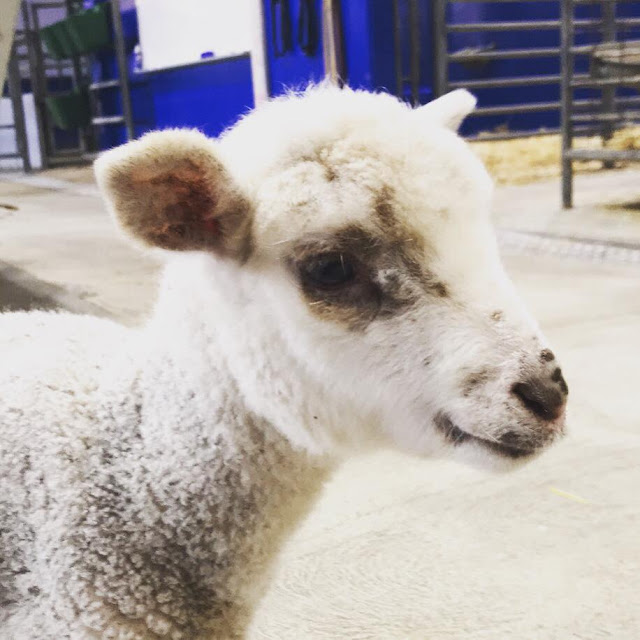 Eleanor is one of the quietest lambs we’ve welcomed to the Sanctuary. This was concerning at first for fear she was unwell or frightened. Tail wagging and jumping demonstrated that her quietness was her character and soon she was keen to help with our ‘Reading With Sheep’ segment on Facebook and play with her older foster siblings, April and Peter lambs. 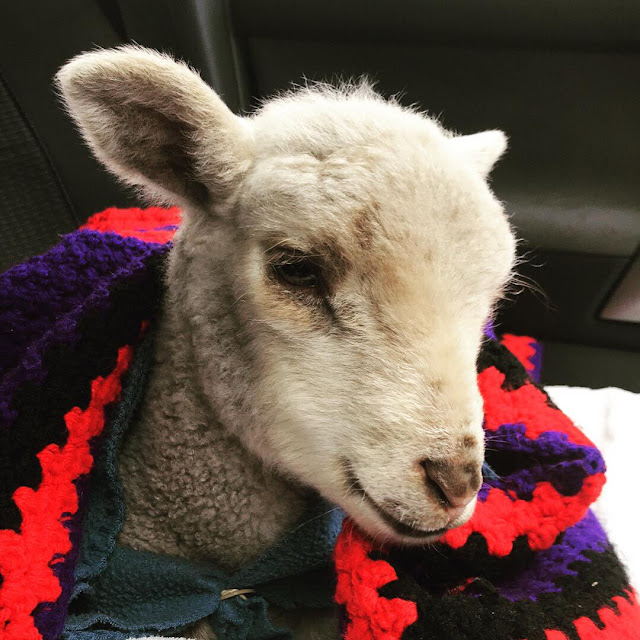 We look forward to Eleanor joining the teen lambs as she grows, but in the meantime, she’s enjoying her first winter inside by the fire, warm and cosy with her lamb friends.
Posted by PossumValleySanctuary at 03:12 1 comment:

Winter in the Valley 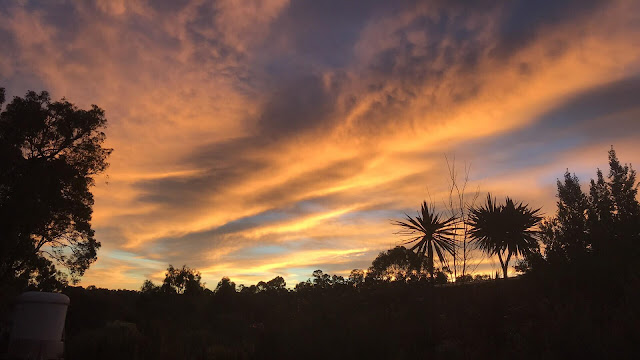 The Valley had only a little summer and autumn rain this year, so winter has been a long awaited event. The rainwater tanks were dry for many months and the local waterbirds struggled to swim in the dam. Without rain and with a low dam level, both the animals and humans of PVAS rely on bore water which is slowly pumped into large tanks.


The first rains came with storms in late May. The Valley received over 70mm of rain. Dust turned to mud within hours and the animals took cover from the heavy downpours. 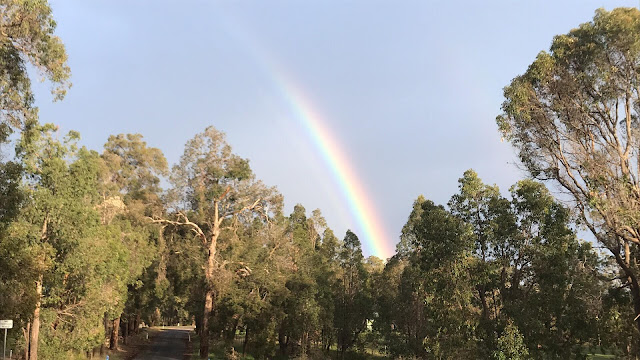 In just two days a green cover could be seen throughout the paddocks and the animals enjoyed grazing on the tiny blades of grass as they erupted from the mud.


The excitement of rain can bring Sanctuary challenges. With the ground sodden, Spud the Donkey developed a painful abscess on his foot, requiring a visit from Dr Jill. 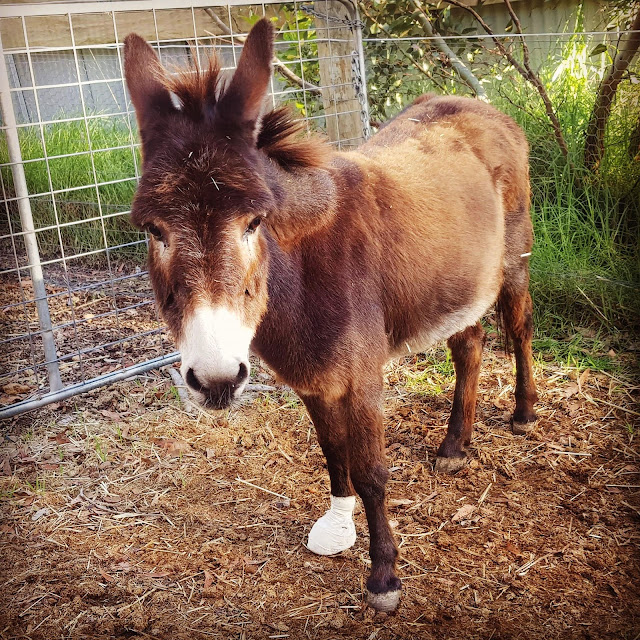 A poultice dressing and pain relief soon had our donkey friend feeling better and reminded us to be vigilant of all the hooved residents who may encounter the same issue.

The sheep and goat families had foot checks and hoof trims, ensuring they were also ready for the damp conditions.

Leaks in enclosures were identified and extra clothes lines hung to cope with increasing lamb laundry. 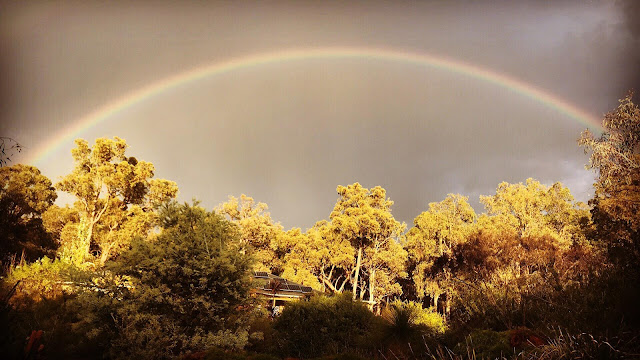 The Valley's winter weather is accompanied by incredible sunrises and rainbows. Spectacular skies are a highlight of early morning feed times. The deciduous trees stand naked, allowing sunshine to reach the ground below and warming resting animal residents.

We hope that animals everywhere keep warm and safe this season and that winter is a kind one for all.