A favourite from childhood, this slice is delicious for afternoon tea or in a lunchbox. It is chewy, crunchy and sweet all in one! 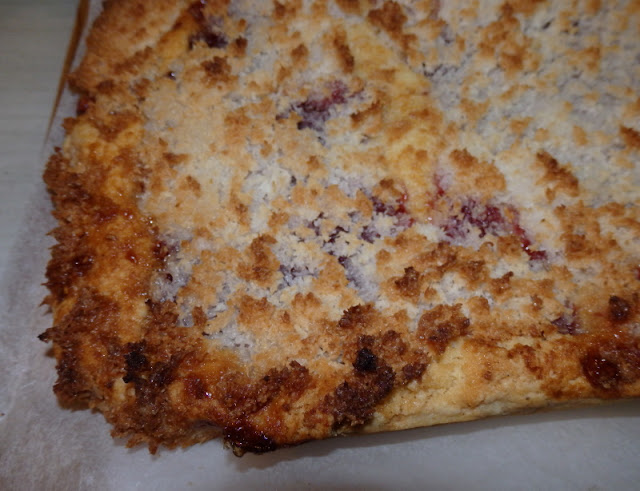 -Beat the butter and 1 cup of sugar until creamy. 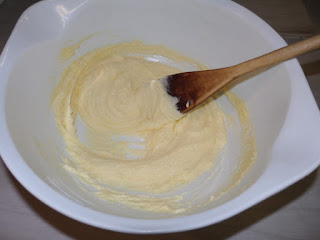 -Make up your egg replacer for one egg - combine 1 teaspoon of powder and 2 tablespoons of water and mix. Add to the butter and sugar and mix. 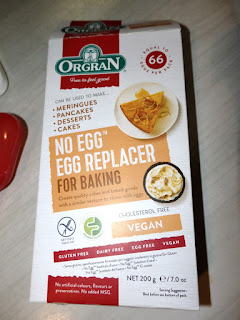 -Add the self raising flour and stir. The mix will become like shortbread and stick together. If you find it is too dry, you can add a small amount of soy milk. 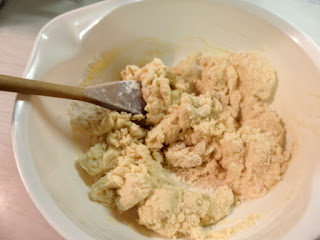 -Using your hands, press the mix into the slice tray. It will rise during baking, so allow room for this and the raspberry topping. 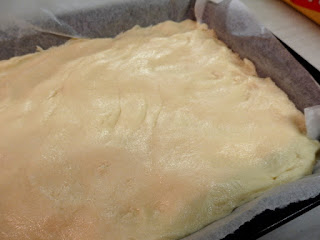 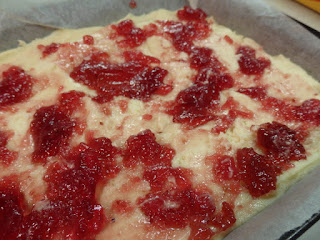 -Spread a thin layer of raspberry jam over the shortbread mix. It will melt in the oven so it doesn't matter if the jam isn't even. 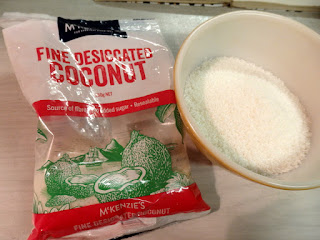 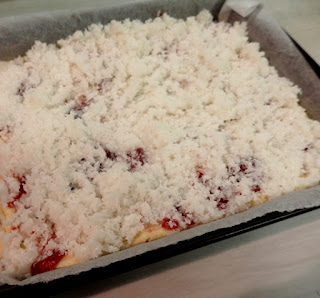 -In another bowl, make up egg replacer for the equivalent of one egg. Add 1/2 cup of sugar and coconut. Mix thoroughly and place a layer of the mix on top of the jam shortbread. 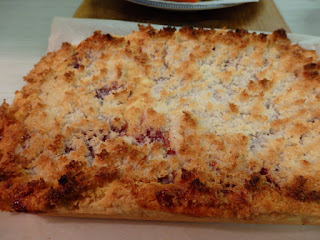 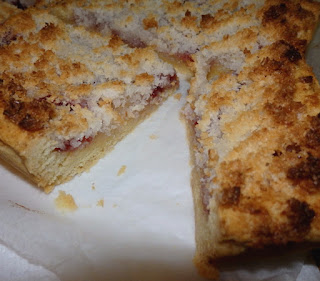 -Bake for approximately 30 minutes or until the shortbread layer is cooked and the topping is browning and crunchy. 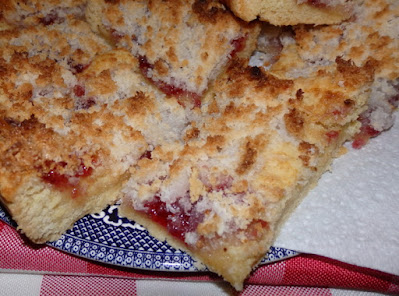 Posted by PossumValleySanctuary at 03:40 No comments: 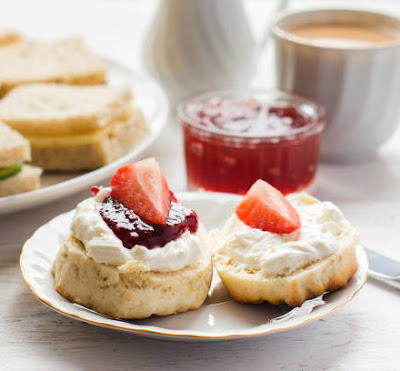 Our Devonshire Tea on Sunday was a great success. A special thanks to our volunteers Emma and Tracie who put in so much work creating our wonderful scones. They have kindly shared their recipes below so you can make some, too.

- 1 cup vegan cream - we used coconut cream in the can. Refrigerate the can and take the thick cream off the top, leaving the clear liquid

- Combine flour, cream and lemonade in a bowl and mix until flour is mostly combined. The dough should be soft and sticky.

- Turn out onto a floured surface and knead around 5 times to combine dough. Pat into a disc shape.

-  Use a cutter to cut out your scones. Remember to flour the cutter in-between to stop sticking.

- Place on a tray and brush the tops with your choice of milk.

- Bake for 15 minutes. When golden, place on a rack to cool. Place a tea towel over the top to stop them drying out. 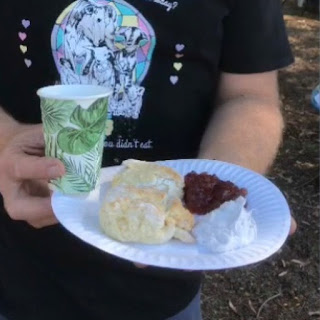 - Sift flour into a bowl.

- In a separate bowl, place the milk and apple cider vinegar together and let stand for about five minutes.

- Mix just enough to so that the ingredients are combined.

- Turn out on a floured bench and shape into a rectangle shape. Cut out your scones and place on a floured tray.

- Put the scones next to each other for support during cooking. 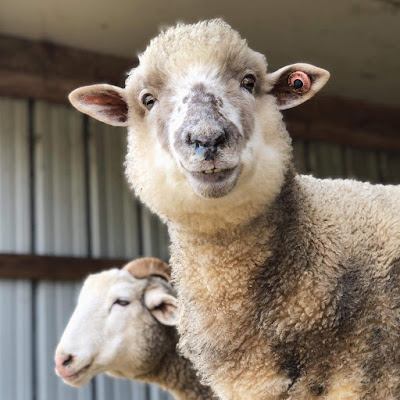 Posted by PossumValleySanctuary at 03:33 No comments: