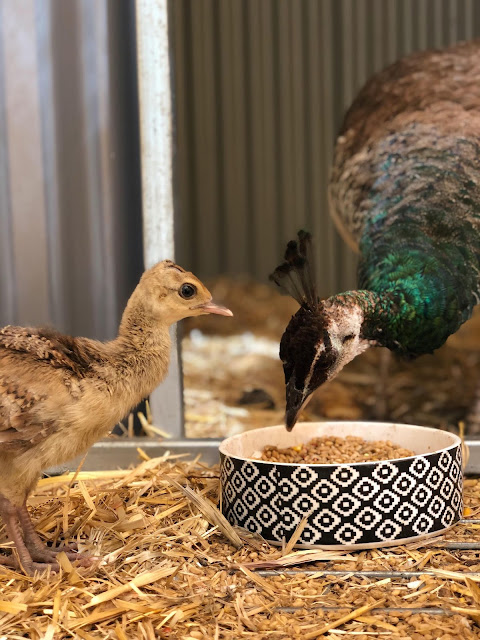 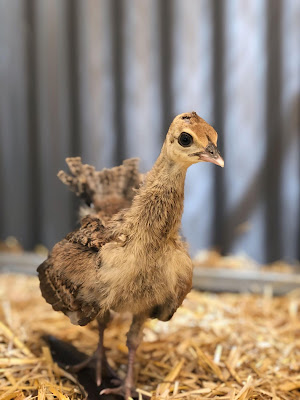 Late on Christmas Eve we were excited to see Chloe Peahen with a surprise new family member in the orchard! The tiny new arrival appeared to have hatched earlier that day and was closely following his/her very protective Mum around the fruit trees. While we do not endorse breeding of animals at the Sanctuary given the need of so many, we are so happy for Chloe and will look forward to watching her raise her new arrival in the safety of the Sanctuary. 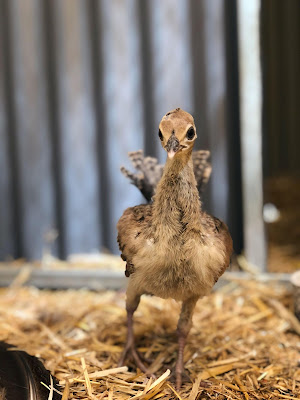 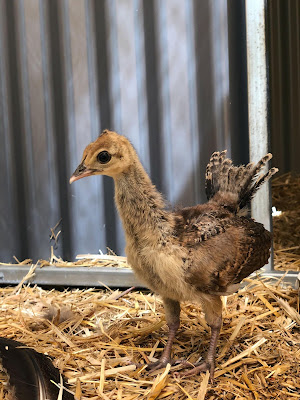 At present we aren’t certain of the sex of the baby, so at this stage, the little one is know as Eve/Evan. Just look at that little tail! 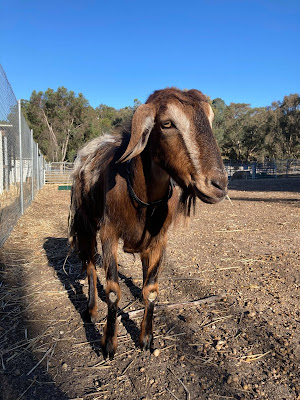 In late spring we were contacted about a large, friendly goat who was experiencing mobility issues after falling from a trampoline as a youngster. Uncertain of the extent of the injuries described, we agreed that the big fellow be surrendered to the Valley, in the hope that we could manage his health issues as needed.

Upon arrival, the now named ‘Sarge’ was a handsome, hairy, gentle giant. Although he was understandably wary of his new surrounds, we were pleasantly surprised to find that Sarge was able to walk and run, coping with his past injuries surprisingly well. 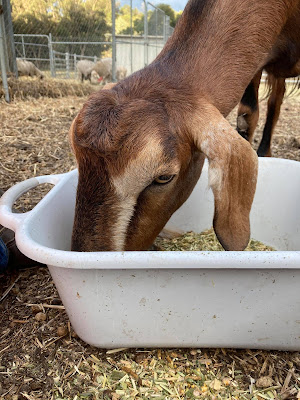 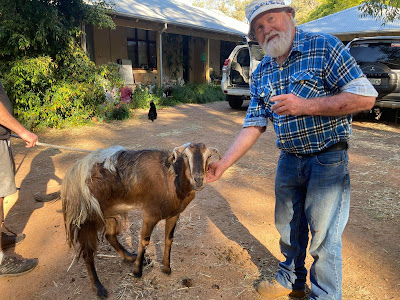 Dr Herb, from Farm Animal Services at Murdoch, gave Sarge a health check and confirmed that while his spine is fused, the remaining damage shouldn’t hold him back from a comfortable and happy life at the Sanctuary. Once out of quarantine, Sarge was trialled with the goat and ram bachelors, where he fits in beautifully, loving life with his new paddock mates in the Valley of Hope. 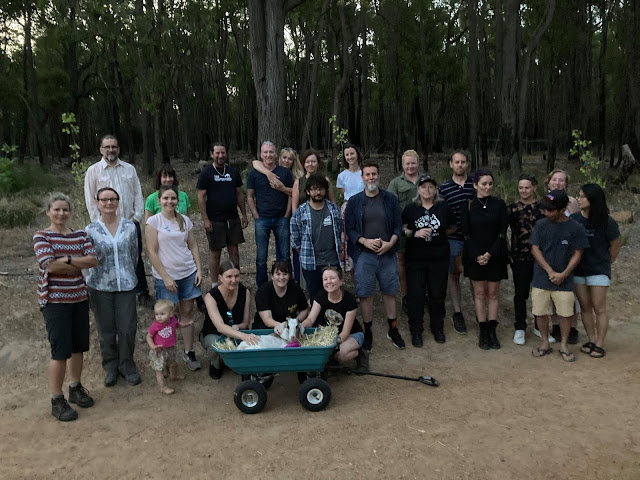 We welcomed in 2021 with our ‘Thank You Volunteers Sundowner’. Unlike many places around the world at present, we felt fortunate to be able to gather to celebrate another year of helping the animals, and also acknowledge the incredible work undertaken by the PVAS team. No matter the weather, the task or the time, the volunteers work so hard to ensure the Valley can continue and we are very appreciative! 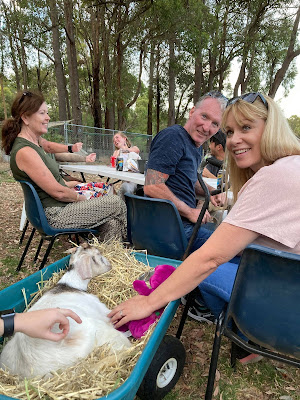 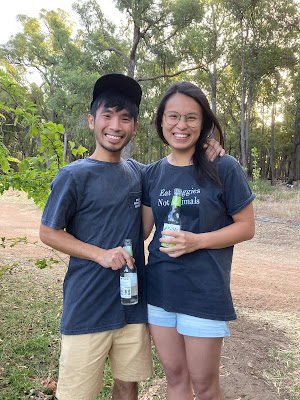 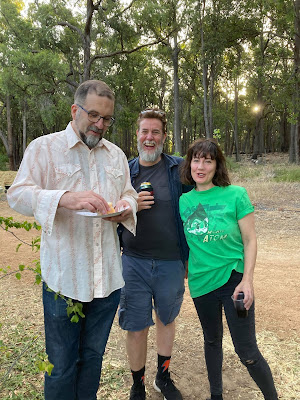 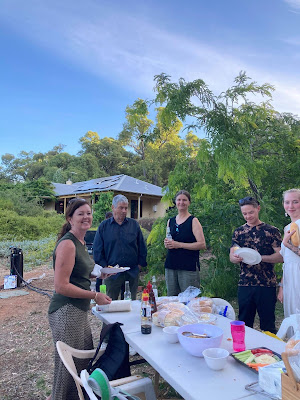 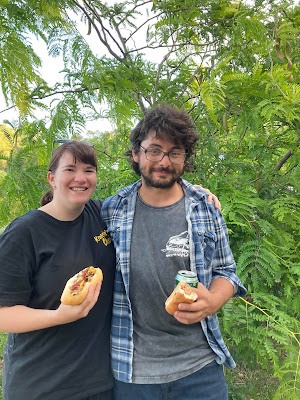 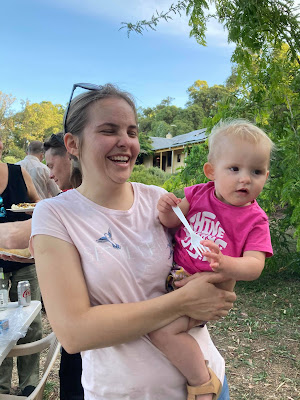 Baby Tofu was a special attendee at the event, enjoying meeting everyone and being wheeled around in her new ‘Tofu Chariot’! 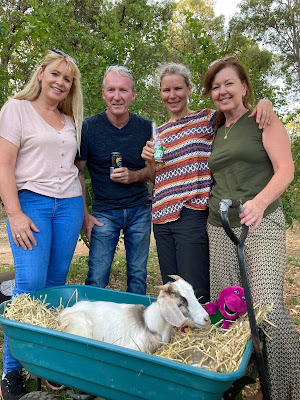 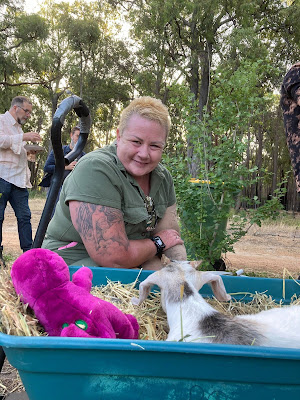 The Valley is always in need of help, so if you are interested in volunteering, please drop a line to secretary@pvas.wa.com, we would love to hear from you! 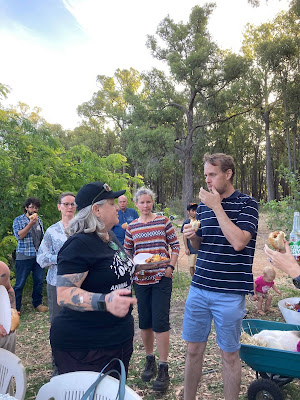 Posted by PossumValleySanctuary at 03:55 No comments: