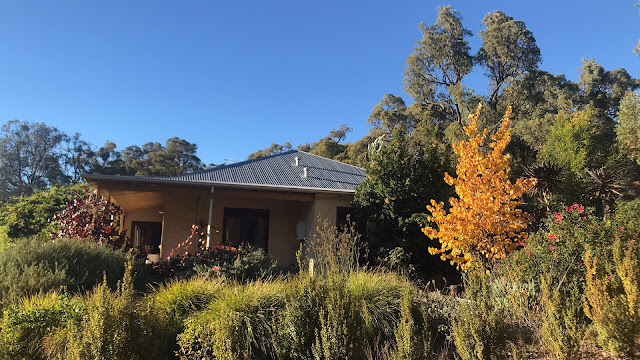 As winter approaches, the sheep and cows can be seen breathing smoke in the morning sun and the chickens resting tightly together in their straw filled boxes. 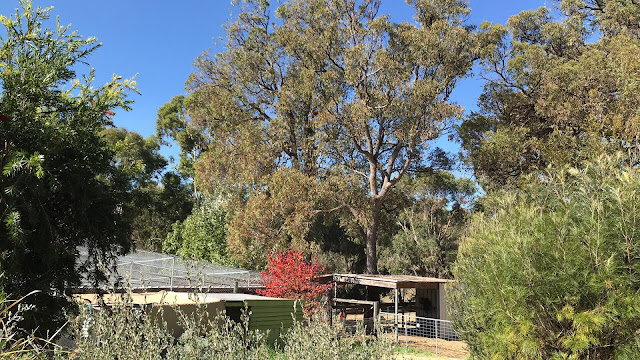 Temperatures reach as low as 2C on clear nights during May and the garden canopy is rapidly changing colour from green to red and yellow with the cold autumn mornings.


Some of our favourite autumn plants are the Cretaegus (hawthorn), pear trees (various fruiting varieties for the Valley residents), poplars and the gold Gleditsia – all of which are fire resistant, providing summer shade and winter sun to the Valley's birds and animals.


The veggie patch has been rejuvenated in the hope of winter rain. Peas, lettuce, silverbeet and beans have been planted and are doing well thanks to copious cow manure and straw which prevents weed growth without chemicals.


We are looking forward to more rain in the coming months, allowing further plantings for a spring harvest.

Posted by PossumValleySanctuary at 08:46 No comments: 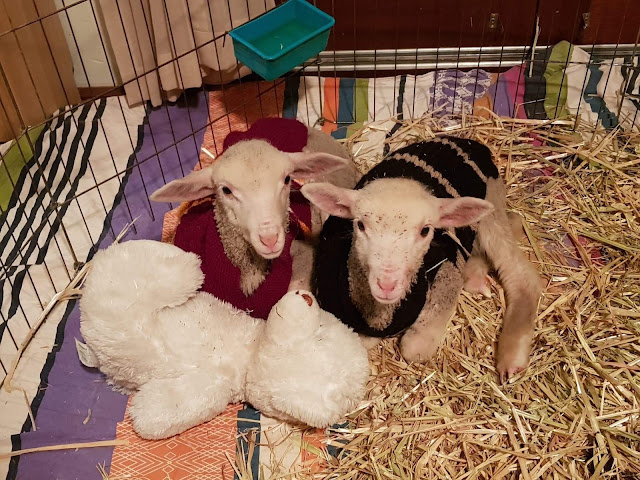 Easter Saturday was a beautifully sunny day, which was soon to become busy – and more beautiful - with the arrival of two energetic six week old lambs. These tiny twins had been recently rescued from a farm where they were living in a small shed and bottle fed twice a day after they lost their mum at birth. Their rescuer had dropped in to buy sheep manure at the farm, spying the pair peeking out from a rustic enclosure.When asked about the lambs, the farmer quickly deemed them an inconvenience and destined for the unmentionable. The visitor drove from the property not only with her bags of sheep manure but also the two woolly bundles in the back of the car. An everyday event turned miracle for the two babies, now named Peter and April. 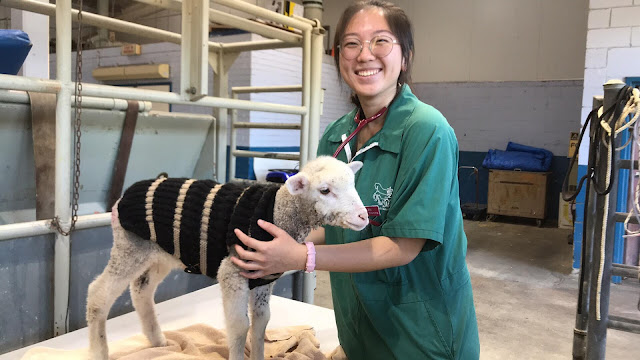 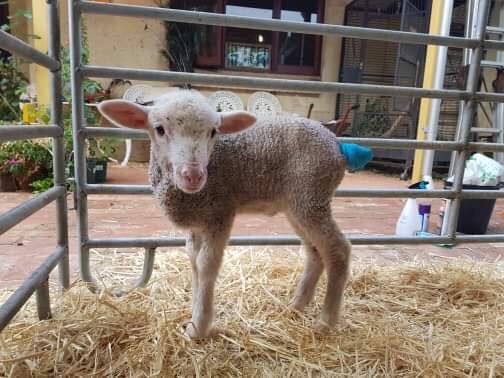 April was slightly larger and louder than her little brother, with a bolder personality and greater confidence. Peter was shy.  He was also irritated by his tail, upon which a band had been placed.  April had lost her tail to her band, but Peter’s was still attached and causing him agitation. Both had upset tummies, most likely a result of incorrect feeding and stress. After a fresh bottle of formula, a clean and brush, and having a jumper fitted to keep them warm, it was noticed that the cause of Peter’s great agitation was maggots in his sore tail. We swung into action to clean the area thoroughly and after consultation with our vet, commenced pain relief and antibiotics. In just two hours, the exhausted Peter and sister April were fast asleep, catching up on long awaited rest. 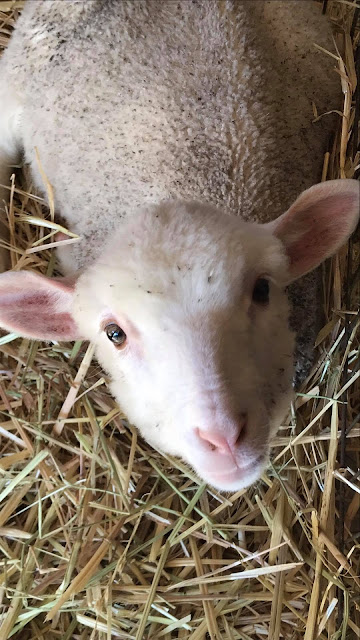 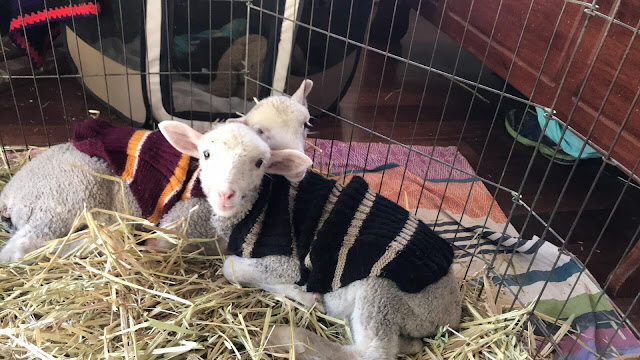 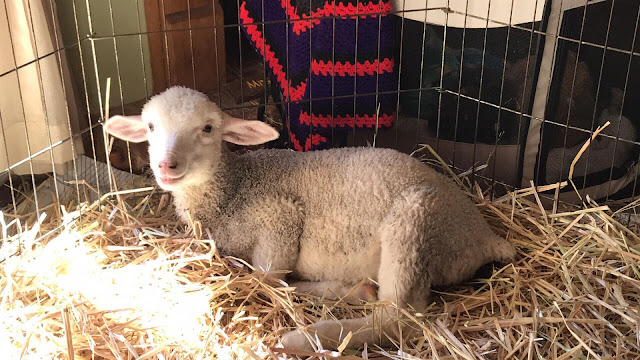 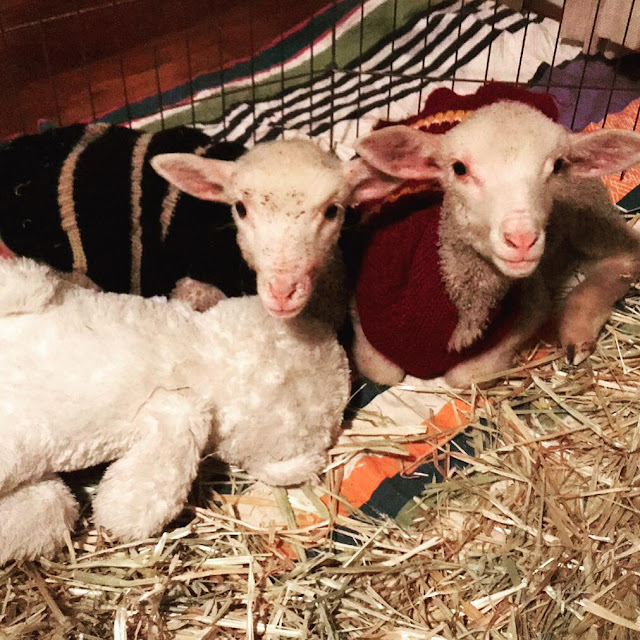 Peter and April have grown quickly. They had their first outing just two days after arrival, visiting the vet clinic for a health check and vaccination.  Both were excited to meet the vet and students and happy for extra attention during their examination. Following Easter came rain and cold nights, which meant both lambs stayed in our warm house. Neither seemed to mind, snuggling with their bear, watching everyone with interest and calling loudly at volunteers as they worked. The Easter twins have found home - thanks to the kindness of strangers, it was time for new beginnings in the Valley of Hope.

Posted by PossumValleySanctuary at 04:11 No comments: 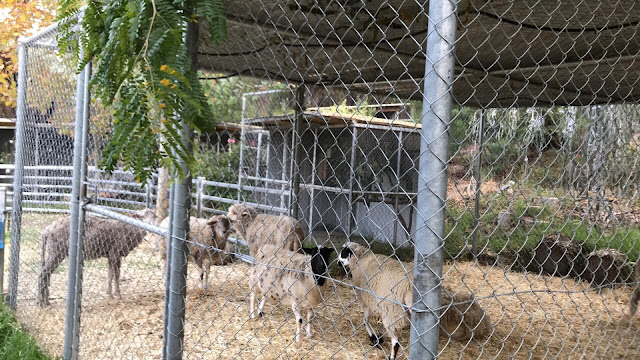 On Sunday the 28th of April the Sanctuary held its Autumn Busy Bee. The weather was perfect for working and an incredible team came together to complete a number of important jobs before the winter rains. An extension on the teenage lamb shelter was added, providing extra protection for the young flock, the goat and sheep paddock fences were reinforced, over ten loads of lamb washing were hung, vet carriers and feed troughs scrubbed and trenches for new water supplies dug. 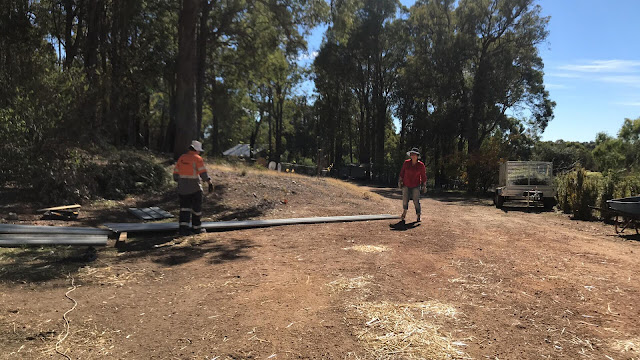 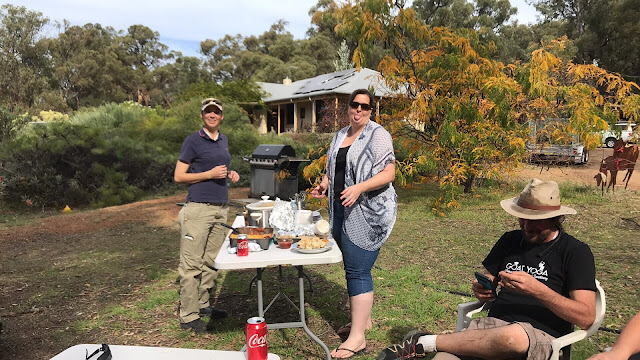 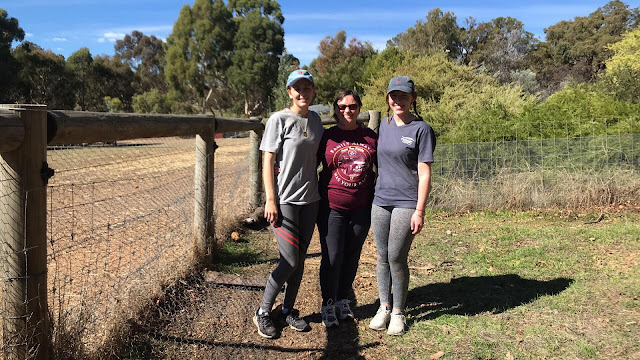 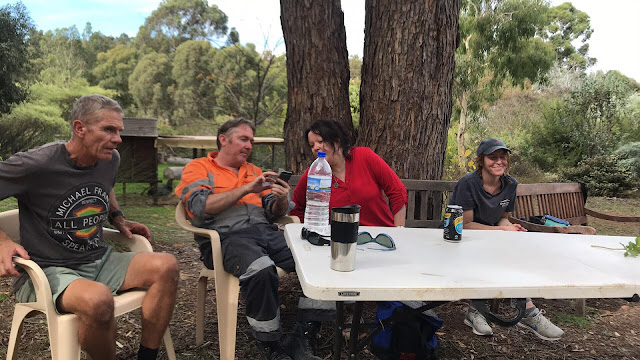 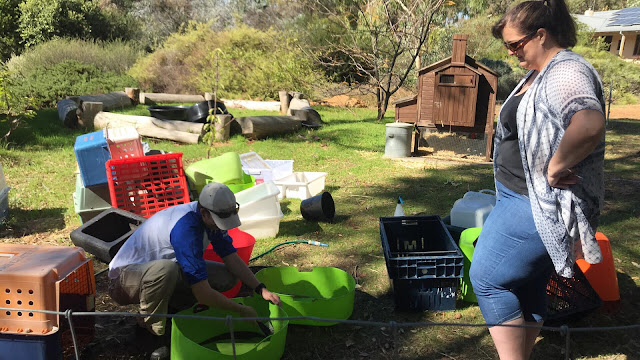 After a morning of hard work, the team relaxed in the sunshine, enjoying a buffet of delicious cruelty free food, including pumpkin soup, lasagne, freshly baked savoury pastries, cookies and choc bliss balls. 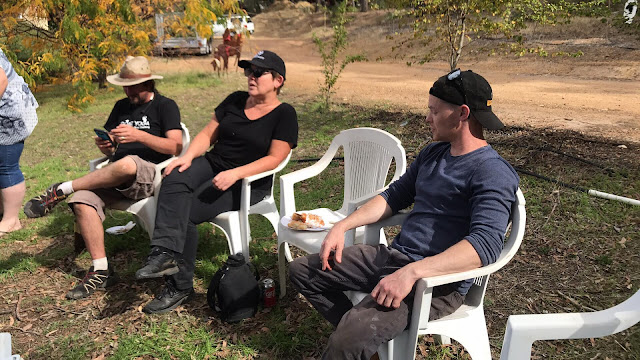 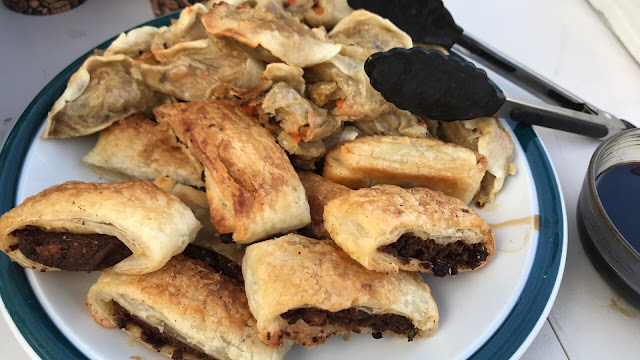 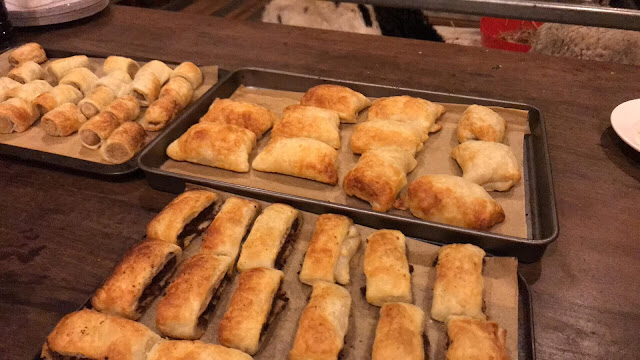 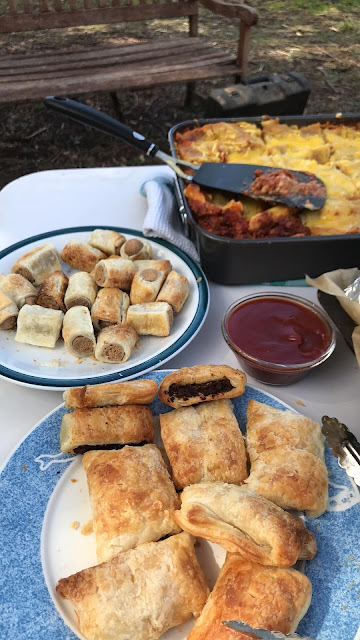 Thank you to all the volunteers who participate in our busy bee teams – we couldn’t do it all without you!
Posted by PossumValleySanctuary at 04:08 No comments: