Pearl arrived at Possum Valley in August of 2015. She had been hand reared for a week by a farmer’s wife on a property in Harvey, after being left orphaned by the mother ewe in the paddock, presumably due to her poor vision.  She was unable to walk and had fallen ill at just a week old.  The fantastic crew at Greener Pastures Sanctuary assisted in getting Pearl to Murdoch Vet, where the resident veterinarian stayed with her overnight in the clinic, ensuring hourly feeds to re-hydrate her.  After coaxing with a bottle, Pearl took her first steps and began walking unassisted the following morning.  While diagnosed with congenital blindness, she was bright and alert and travelled home that afternoon. 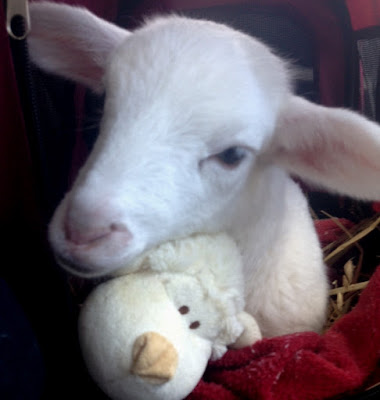 Pearl has fitted in well at the Valley, becoming immediate friends with Lucas Lamb.  The two are an inseparable pair and spend each day sitting together in the lounge or house paddock. Pearl received two hourly feeds for her first two weeks, which extended to four hourly feeds when she became stronger. She accompanied us to work, to functions and on holidays, making many friends along the way.

At five months of age we noticed Pearl’s mobility was becoming difficult. Her legs didn’t appear to be keeping up with the growth of the rest of her little body and she was reluctant to walk.  X-rays and examinations by the team at Murdoch Vet revealed that her development was delayed for her age, possibly due to genetic differences which were also related to her blindness, or a lack of colostrum as a new born.

Being blind and partially immobile presents challenges for young Pearl but the vets are confident that with ongoing care she can lead a happy, comfortable life.  She has lamb ‘physio’ twice a day, walking laps of the lawn area under supervision to keep her legs muscles working.  She has the comfort of sleeping in the lounge and bed and enjoying outings when the weather is mild and cool.

Pearl often accompanies us to outings. She is very relaxed around people and loves pats.  Follow Possum Valley’s Facebook page to keep up to date with Pearl’s adventures and her ongoing care with Lucas and friends at the Sanctuary. 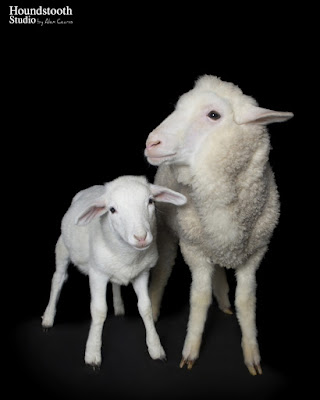