Books make fantastic gifts, and with Christmas fast approaching many wonderful new titles can be found at bookstores. We have compiled a list of recently released animal-themed books to spark the interest of both children and teens. All titles are available through Australian online bookseller Booktopia:
https://www.booktopia.com.au 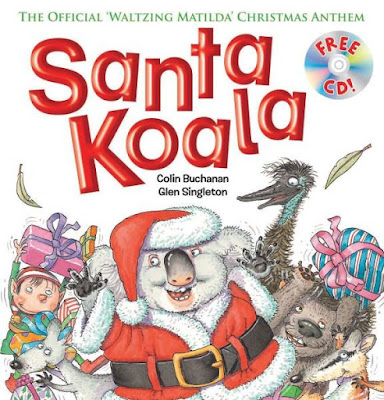 1. Santa Koala (with CD) by Colin Buchanan and Glen Singleton. Ages: 4 to 7 years. Released 1 October 2017.
‘The sleigh is packed with presents and ready to go, but poor Santa has fallen asleep in the Aussie bush! Don't worry, a helpful koala will save the day...or will he? This funny Aussie Christmas tale to the tune of 'Waltzing Matilda' will create sing-along fun for all the family and includes a bonus CD recording.’ 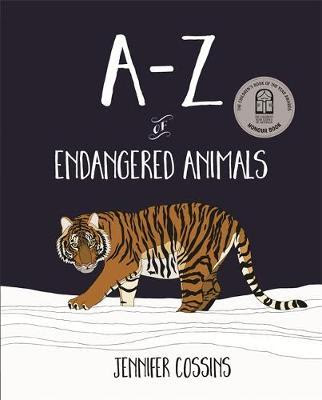 2. A-Z of Endangered Animals by Jennifer Cossins. Ages: Primary School. Released 13 June 2017.
‘This beautifully illustrated full-colour picture book is packed with interesting facts and is perfect for young conservationists and students alike with a keen interest in the world around us. On this journey through the alphabet, you will encounter some of the world's most beautiful, rare and endangered animals, from the majestic Amur tiger and the curious kakapo, to the misunderstood Tasmanian devil and the shy zebra duiker.’ 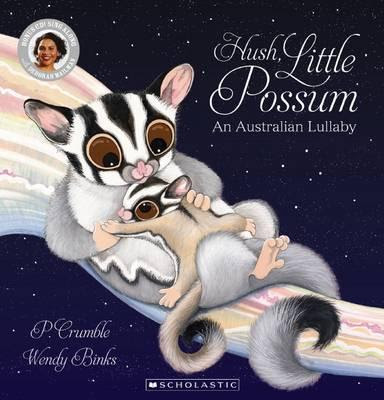 3. Hush Little Possum: An Australian Lullaby (with CD) by P. Crumble. Ages: 3 to 6 years. Released 1 May 2017.
'Hush, little possum, don't you cry, Mama will keep you safe and dry.' When the sky begins to rumble and the rain begins to fall, brave Mama Possum hurries to find somewhere to keep her baby safe and warm. Sing along to Deborah Mailman's beautiful CD recording, based on the classic lullaby.’ 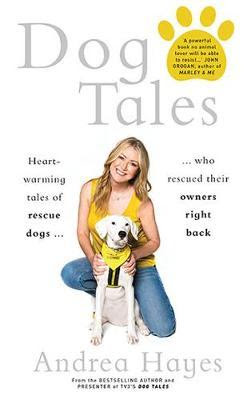 4. Dog Tales by Andrea Hayes. Ages: Teen to adult. Released 13 October 2017.
‘Dog Tales contains 13 heart-warming stories of dogs that have been given a second chance at happiness and of the dedicated owners who found a place in their hearts and homes for the abandoned and often traumatised animals. These unique and often heartbreaking tales touch on all the ways dogs impact on our lives and poignantly capture the bond between human and canine. Filled with touching stories of love, loss and transformation these dog tales will uplift your soul, as you laugh, cry and fall in love with these amazing animals who often rescue their new owners right back.’ 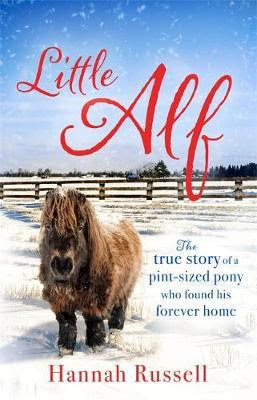 5. Little Alf: The True Story of a Pint-Sized Pony who found his Forever Home by Hannah Russell. Ages: 6 to 12 years. Released 5 October 2017.
‘There was once born a very little pony. Being quite so little, he was rejected by his herd, and the future looked bleak. A few fields over, a young girl was coming to terms with the fact that she would never be able to ride again. Unknowingly, they were about to change each other's lives. The pony was Little Alf, a Shetland pony with dwarfism, and the girl, Hannah, who rescued him aged sixteen. From charity work and building a business together, they became constant companions, though there have been a few casualties along the way - mainly garden ornaments and the neighbours' vegetables. Little Alf is the story of their life together - the adventures and the mischievous behaviour of the most adorable little pony.’ 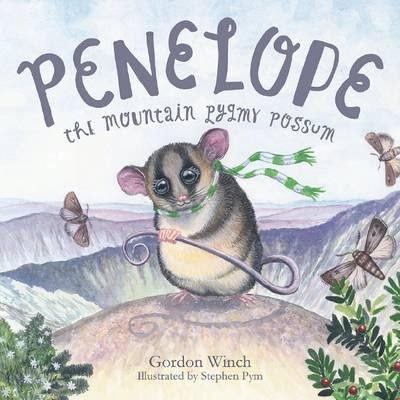 6. Penelope the Mountain Pygmy Possum (Paperback) by Gordon Winch. Ages: 4 to 8 years. Released May 2017.
‘Much of Penelope's heart-warming story is true. Mountain Pygmy Possums hibernate, and the male goes down the mountain to warmer regions in the winter. A 'tunnel of love' has also been built to help the possums return safely to their mates.’ 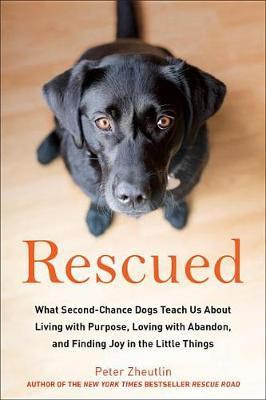 7. Rescued: What Second-Chance Dogs Teach Us About Living with Purpose, Loving with Abandon and Finding Joy in the Little Things (Paperback) by Peter Zheutin. Ages: Teen to adult. Released 3 October 2017.
‘In Rescued, the author interweaves stories and lessons from families who have welcomed rescue dogs into their homes with his own zany experiences adopting one for the first time in midlife to reveal what we can learn from these animals who were once lost and are now found. Blending keen insights and advice on navigating the complexities of caring for a rescue dog with humorous (and occasionally heart-wrenching) anecdotes, each chapter reveals important life lessons we can learn from second-chance dogs. This book is for anyone who loves, lives with, or has ever wanted a dog.’ 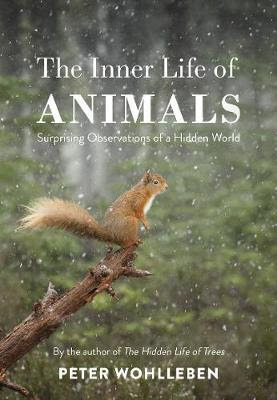 8. The Inner Life of Animals: Surprising Observations of a Hidden World’ (Paperback) by Peter Wohlleben. Ages: Teen to adult. Released 16 October 2017.
‘Humans tend to assume that we are the only living things able to experience feelings intensely and consciously. But have you ever wondered what's going on in an animal's head? More and more researchers are realising that animals in fact experience a rich emotional life. Acting as our interpreter of the animal world and of the fascinating science, The author brings this new research to life with his own observations of his favourite creatures. From the leafy forest floor to the inside of a bee hive, The Inner Life of Animals shows us microscopic levels of observation as well as forcing us to confront the big philosophical, ethical and scientific questions. We hear the stories of a grateful humpback whale, of a hedgehog who has nightmares, and of a magpie who commits adultery; we meet bees that plan for the future, pigs who learn their own names and crows that go tobogganing for fun. And at last we find out why wasps exist.’ 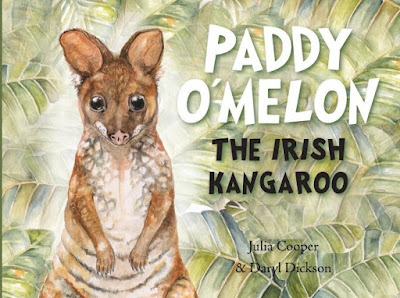 9. Paddy O’Melon: The Irish Kangaroo by Julia Cooper and Daryl Dickson. Ages: 6 to 8 years. Released 1 August 2017.
‘Paddy O’Melon is the endearing story of a young rainforest kangaroo. Separated from his mother as a young joey, Paddy is found and raised by an Irish family who live in the rainforest and often help orphaned or injured animals. But while Paddy loves his new human family, he’s curious to find out what he really is. So, he sets out on a journey into the rainforest where he meets a range of other interesting animals; from musky rat-kangaroos to micro-bats, from ringtail possums to flying-foxes. Despite this, all he really wants is to be reunited with his mother and his own kind. Perhaps the cassowary can tell this little red-legged pademelon who he really is and take him safely home?’ 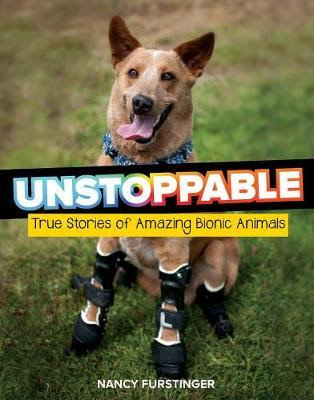 10. Unstoppable: True Stories of Amazing Bionic Animals by Nancy Furstinger. Ages: 7 to 10 years. Released 10 October 2017.
‘Nancy Furstinger profiles animals in Unstoppable - all of whom are making their way around with the help of prosthetics, braces, orthotics and wheelchairs! Readers will meet the caretakers, prosthetists, vets, and loving families that help to make recovery possible. Furstinger offers a glimpse into the cutting-edge technologies, such as 3D printing and brain-controlled prosthetics that are helping to improve the lives of animals and humans alike.’